The safety and well-being of our students is our top priority. Please see international student FAQs about the coronavirus. The International Student Program is offering Online Advising Services. 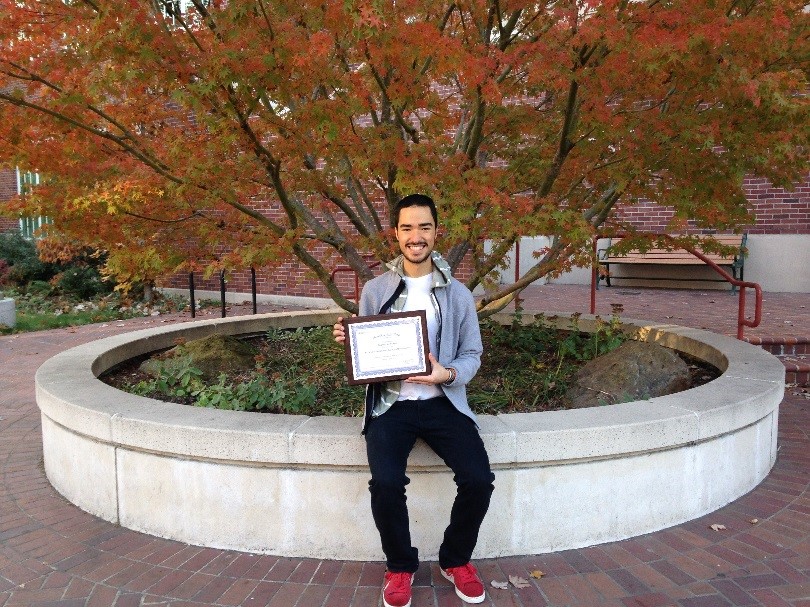 The SRJC Foundation has ranked No. 1 in the United States among the top 1,500 Community Colleges for fundraising with over $47 million in endowments.  The SRJC Foundation receives donations from individuals, community groups, and organizations to provide over 700 scholarships for full-time students who will continue their education at SRJC or will transfer from SRJC to a four-year institution. These scholarships are competitive and are awarded to students based on scholastic achievement, financial need, academic field of study, community service, campus activities, and essay responses.  All students, including international students, may receive multiple scholarship awards.

By completing one application, students may be considered for many of the over 250 different scholarships that can help you pay for tuition, textbooks, and other expenses. The Scholarship Office provides workshops to assist students in completing applications and writing essays.

Over 400 scholarships are available for students who will continue their studies at SRJC during the next academic year. Students may apply for these continuing scholarships if, at the time of application, they are enrolled in 6 or more units at SRJC in the spring semester and have an overall SRJC GPA of 2.0 or higher (2.5+ recommended).

Please note: While new students are encouraged to apply, most scholarships require 12 or more units completed by the end of a fall semester. Scholarship awards are based on grade performance (GPA) and financial need. Applications for the Continuing Student Scholarship are usually available January 1 through March 1.

This program is designed for Santa Rosa Junior College students who have completed at least 24 units at SRJC by the end of a fall semester or will complete 60 transferable units by the end of a spring semester and will transfer to a four-year institution during the upcoming academic year. Applicants must, at the time of application, be enrolled in 6 or more units at SRJC and have a minimum overall GPA of 3.0 or higher to apply.

International students who graduated from a local U.S. high school may be eligible for the Doyle Scholarship. To find out, submit the paper application (no need for a policy appeal form). Contact the Scholarship Office if you have any questions. 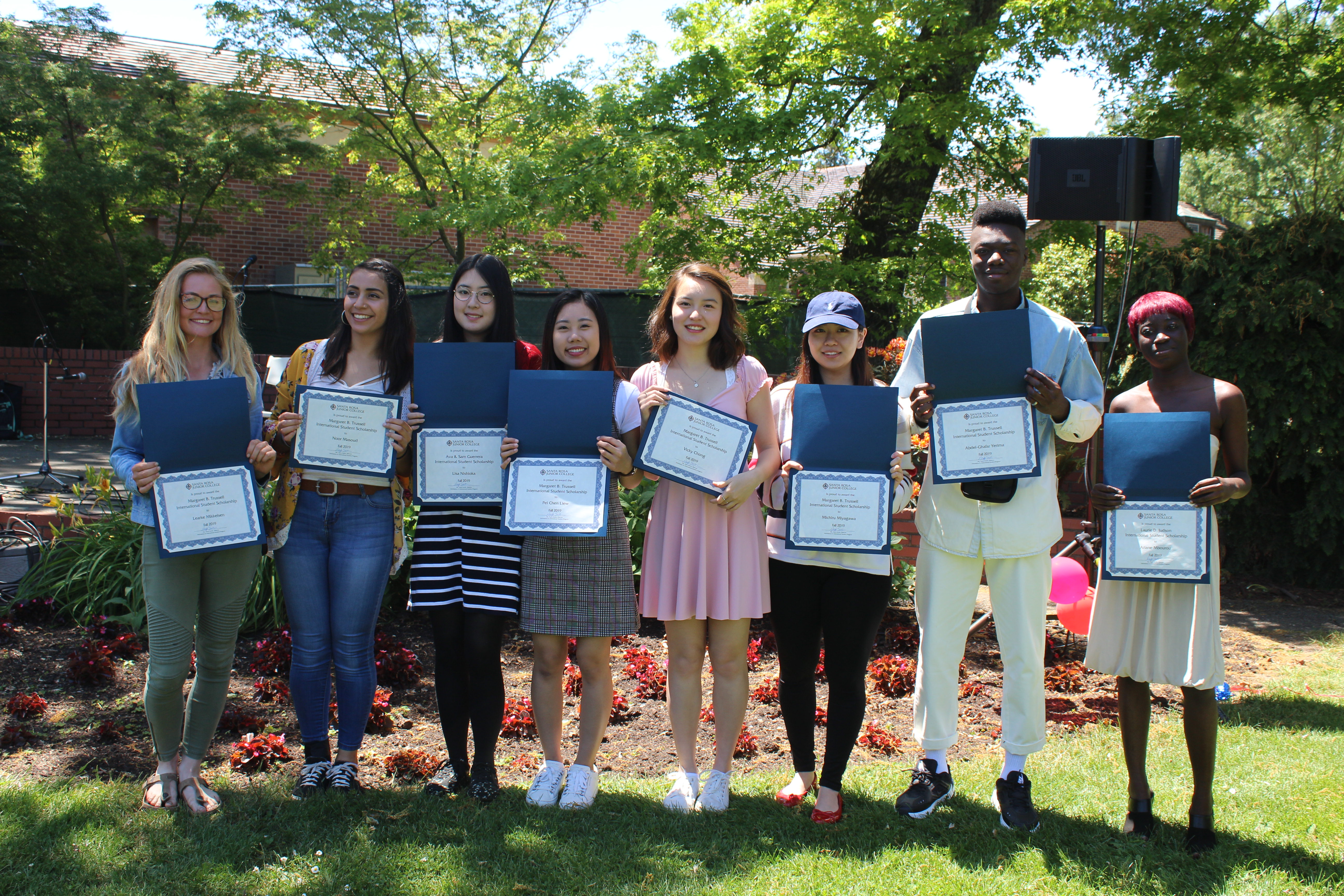 The following scholarships are available for international students at SRJC. For more information and details on these scholarships, contact the Scholarship Office located in Plover Hall on the Santa Rosa campus and in the Richard W. Call Building on the Petaluma campus.

For students who have already completed at least 12 units at SRJC. Individual award of $1,000, are awarded:  9 awards for fall semester and 8 awards for spring semester. Based on minimum 3.0 GPA and financial need. Applications available in September and February each year.  Scholarships available for continuing students and students planning to transfer the semester following receipt of the award.

For students who have already completed at least 12 units at SRJC. Individual award of $550.00, awarded in Fall semester. Based on grade performance (G.P.A.) and financial need. Applications available in February.

For students who have already completed at least 12 units at SRJC. Individual award of $475.00, awarded in Spring semester. Based on grade performance (G.P.A.) and financial need. Applications available in October.

Margaret Trussell was a former instructor and Dean of Women at SRJC. Her contributions to SRJC as an instructor, Dean of Women, and philanthropist significantly affected the course of the institution.

Margaret graduated from Santa Rosa High School in 1914 and graduated from Berkeley in 1923 with a master’s degree is psychobiology. Margaret taught at Santa Rosa High School and later joined SRJC’s staff in 1944.  Margaret taught child psychology, served as Dean of Women, and was instrumental in organizing the college’s child care programs and nursing training programs before retiring in 1963.

In the late 1980s, Margaret and her husband established two scholarships through the SRJC Foundation. At the time of their first bequest, Rhodes Trussell said, “we believe that the greatest benefit for our community, state, and nation is constant and available educational opportunity for all of our citizens.”

Laurie Judson was a woman who recognized few of the boundaries most conventional people assume. Social class did not exist for her. Race was a notion she ignored. Faith, for Laurie, was defined by polite and thoughtful activism and giving to whatever community she found herself in. She shared this eclectic philosophy and approach to life in many ways with many people.  There were three primary points where she focused this philosophy and supported it with courage and boundless energy: basic justice, international understanding, and education.

Education for Laurie had very little to do with exams or majors or grade point averages. It had to do with students, particularly international students new to a strange and not always hospitable land. She gave them shelter, she gave them English lessons, she gave them transportation to legal proceedings where she was always their tireless advocate, she held their hands in times of crisis, she found them jobs and books and the odd second-hand sofa. She challenged all who would question them for outward differences, whether that difference be an Islamic headscarf, a funny accent, or a lifestyle at odds with convention. She also gave hundreds of students love and friendship. What was important was that young people on the perilous road of life knew they had an ally. Many students returned her love, and joined Laurie on her journey through life.

Laurie believed that the world is one, that humankind really is, as she liked to say, “the family of man.”  The Laurie D. Judson Scholarship was established to support, encourage, and nurture this vision.

The Alex Ling Memorial Scholarship for International Students was established by the Trussell Family in honor of Alex Ling who was an international student. Margaret  Trussell was the dean of women at SRJC in the 1960s and the family sponsored Alex and his brothers from Hong Kong to come to SRJC to study. All five of the brothers continued on to Cal Berkeley and graduated in different majors in the sciences.

In honor of Alex, a scholarship is sponsored by the Trussell family specifically for an international student.

Mr. and Mrs. Guerrera have donated funds to the International Student Program to do what the office believes would be of most benefit to our international students.  The Guerreras have traveled extensively and their foreign travel has contributed so much to their lives. It has broadened their knowledge and understanding of other cultures and, thereby, significantly enriched their lives. So, they wanted to share this experience with students who are unable to avail themselves of this opportunity because of a lack of funds.  The ISP team decided to offer scholarships to the international students. 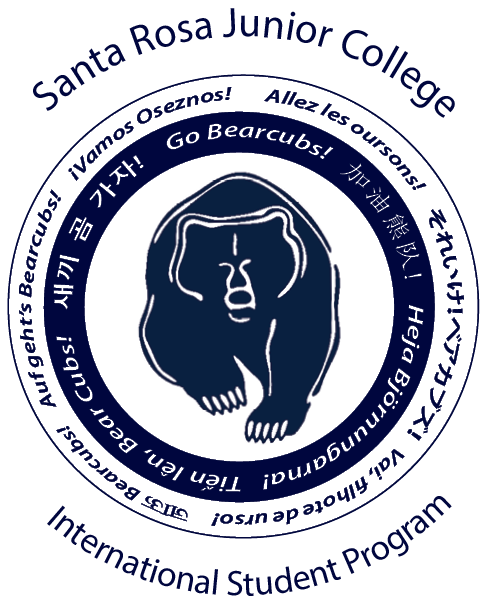 Refer to the Academic Calendar for more important dates.